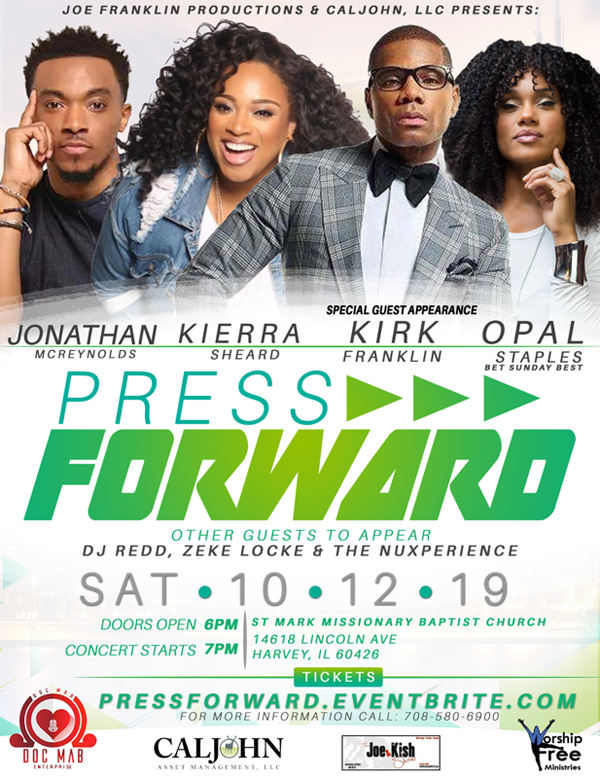 PRESS FORWARD!!! Join us for a night of breakthrough as we press forward with praise and worship through any challenge or obstacle we may be facing! Opal Staples, Jonathan McReynolds, Kierra Sheard, along with other special guests will bring the fire! There will also be a special guest appearance from Kirk Franklin!!! You don’t want to miss this! Grab your family, friends, neighbors, and co-workers! Everybody! And… let’s PRESS FORWARD!!!

Opal Staples has garnered industry wide acclaim by giving her flawless voice to aide The Oprah Winfrey Show, McDonald’s, Verizon, and FOX top rated show, Empire, just to name a few. Opal has commanded many stages including BET’s Sunday Best. She’s worked with award winning artists such as Stevie Wonder, Ramsey Lewis, and more. She even leads her very own 22-piece orchestra, The Opal Staples Orchestra!

Jonathan McReynolds, referred to as the “future of gospel music, the freshest songwriter… in years” by Kirk Franklin, and lauded with various accolades from Nicki Minaj, India Arie, Stevie Wonder, and Justin Bieber, Jonathan is haled as a true gift to the music industry. He has two Billboard #1 albums, a Grammy nod, seven Stellar nominations, and the list of accomplishments go on and on! Jonathan is currently a judge on BET’s Sunday Best.

After honing her skills as a background vocalist for her mother, Karen Clark-Sheard and the Clark Sisters, Kierra Kiki Sheard came into her own with the debut of her album in 2004 which was followed by a Grammy nominated sophomore set, and three other albums which solidified her place as a powerhouse in her own right! Sheard’s newest album, Graceland, debuted at #1 on Billboard’s and iTune’s Gospel Album charts!

You May Also Enter to Win 1 FREE Pair of Tickets to This Concert by RSVPing on This Page!

Winners Will Be Notified Within 2 Business Days!

RSVPing is closed at this time. 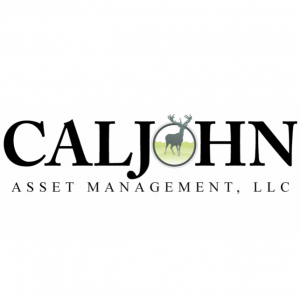